What Makes a Good Article for On-Page SEO?

How do you write a really good article, one that will return high in the Google SERPs? Let’s talk about the buzzword “latent semantic indexing”, or LSI. There’s nothing complex about this, it simply means that Google makes connections between related words. Take a word like “airfare”, plug it into Google’s Keyword Planner tool, and it spits out words like cheap, deals, discount, lowest, best, tickets, flights, international, sales and more. Just use those words in your article. For SEO purposes, that’s about all there is too it.

It’s not hard to write an article that ranks well in Google. You just need to keep in mind to use the words Google thinks are related. Where Matt Cutt’s says, “Just write so it sounds natural.”, this is where LSI comes into play. An article about airfares would naturally contain words like deals, tickets, flights, international, etc.

If you know your topic really well, write an article that covers the related keyword terms appropriately and you have a winner. If you don’t, simply go to the Keyword Planner tool, type in your keyword and it will reveal all the words that Google thinks are related. This isn’t rocket science.

You should be cautious, however, about including unrelated terms. If you start writing an article about airfares and somehow you’ve worked in “web hosting” into the article, that would detract from an article’s relevancy, diluting it. Your article is then no longer simply about airfares, but also hosting. So don’t do that. You now know all you need to about LSI.

This is a fun topic. It’s about hoarding pagerank! This was my favorite past-time circa 2009. Nowadays, PR has a bad rap. “Pagerank? That hasn’t updated in years bro.” Actually, visual pagerank hasn’t updated in years. The pagerank that Google uses internally to rank your pages is updated daily. Just because Google decided to stop showing everyone what it is, doesn’t mean it no longer exists.

Why would you want to hoard pagerank? Quite simply, you want this stuff to stay within the pages you want to rank. This is one of the reasons that having junky articles on your website, that are perhaps duplicate content, or not designed to rank for a keyword, is a waste. They’re sponges, soaking up all the PR floating around on your site. Because the pages aren’t relevant, or Google doesn’t even index them because they’re dupes, they’re not giving anything back to your site.

There is one particular video from Matt Cutts that discusses pagerank sculpting. The video comments on two things in particular. These questions are:

In short, Matt Cutt’s answers to those questions are yes, and yes. What are the implications of this? The first is that it makes good sense for a page to link to itself. The second is that, if there is a page on your website that you want to flow extra pagerank to (lets say it is a better performing page), then it makes sense to link to that page, in-content, more than once. The exact quotes from Matt in this regard are shown below.

If I have 4 outlinks, the pagerank that’s left on that page will be divided by 4. The pagerank will flow equally across each one of those links. … What will happen if say, 2 of the links point to page B, and the other links go to other places? The answer is, at least according to the original formulation in the pagerank paper, both of those links would flow pagerank, so twice as much pagerank would flow through those links. … Does a link from A to A, so a “self loop”, does that count? And the answer is that in the original formulation of pagerank, yes, it does count.

You see some wiggleroom that he gives himself, referencing “original pagerank”, however — I doubt he’d be telling everyone this if he was aware that things work differently now. Google doesn’t benefit from telling webmasters about sculpting their pagerank to this degree, and quite frankly I’m surprised Matt gave such concise answers. Of course, he ended the video by saying don’t worry about pagerank sculpting and instead build better content.

The take-away? A page linking to itself is good for on-page SEO, and if you want to give extra emphasis to another page, two links from the same article to another article conveys twice the pagerank.

There’s one more issue when it comes to pagerank sculpting (or lack thereof), and that is nofollow links. In short, people have this assumption that if you have an outgoing link to somewhere, throwing a “rel=nofollow” on the link will preserve your pagerank. That is not true. Again, if you link out to anywhere, you’re spending pagerank to that link that you could have spent within your own website, regardless of whether it was a regular link or nofollowed link. Matt said this about it.

So what happens when you have a page with “ten PageRank points” and ten outgoing links, and five of those links are nofollowed? Let’s leave aside the decay factor to focus on the core part of the question. Originally, the five links without nofollow would have flowed two points of PageRank each (in essence, the nofollowed links didn’t count toward the denominator when dividing PageRank by the outdegree of the page). More than a year ago, Google changed how the PageRank flows so that the five links without nofollow would flow one point of PageRank each.

The take-away from this? The first is to keep in mind that if you’re linking out with a no-follow, you’re still wasting pagerank. Alternatively, internal nofollows do not waste pagerank. In this video, we have Matt Cutts stating, “it doesn’t hurt if you want to put a nofollow on” (paraphrased) other pages to your site.

This is why, with affiliate links, I always block a directory with robots.txt, and nofollow the affiliate link internally to that blocked directory, where it then redirects to the affiliate URL. This conserves your pagerank, because Google doesn’t eliminate your pagerank when ou nofollow internal links. There’s also the theory that Google hates affiliate websites, so this also protects yourself if that’s the case.

Should You Link Out?

All this talk about pagerank sculpting and conserving your pagerank may lead one to believe that it’s not at all beneficial to link to other people’s websites. I don’t believe that is the case. In the same pagerank scultping article, referenced above, in the comments section, Matt Cutts said the following:

Did you catch that? You get trust for linking out to good sites. Parts of the Google algorithm will encourage you to link out. How powerful this is, I’m not sure — yet I believe that whatever you lose in terms of pagerank by linking out, you gain even more from other aspects of Google’s algorithm.

This concludes the on-page SEO series. Did I tell you everything I know? I don’t know, maybe! But off the top of my head, I can’t think up another page-worth of content so I’ll leave it at this for now. I sincerely hope this guide improves your on-page SEO abilities. Feel free to ask any questions about it and I’ll answer them below.

15 Keyword Ranking Factors That Can Remove Your Site From The SERPs, Part 3 of 3

How to Fix WordPress for SEO, Part 1 of 2

Google RankBrain – How to Optimize for This Algorithm 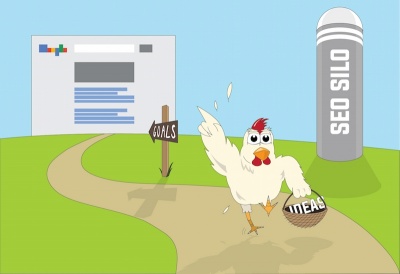 How to Silo Your Site For SEO 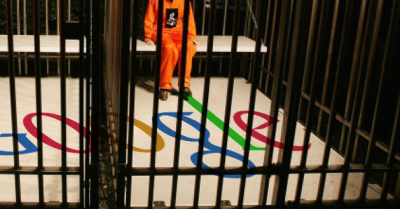