Email vs Social Media, Which Should You Focus On More?

When it comes to keeping in touch with followers, should you focus more on social media, or email? The answer, of course is both. Let’s assume for a moment that you need to prioritize one, or the other, to do first, which should it be? The answer, hands down, would be to develop your email list. There are many reasons for this, as discussed below.

The response rate on emails is through the roof, when compared to social media. Consider that the average email user may receive 100 emails per day. However, the average social media user receives thousands. Whereas an email typically must be checked because some emails are critical to read and respond to, social media accounts do not normally contain mission-critical messages, and as such, not every message sent via social accounts is seen or read.

One marketer saw that, with two lists of approximate equal size, he received 300 clickthroughs to his site via social accounts, and 4200 clicks via email. This represents a response rate that is 14 greater from email, when compared to an equal sized social media list.

A user of Twitter, for instance, will see a constant streaming list of tweets, and is likely not able to keep up with them all. On the other hand, Facebook is known for limiting updates to user’s timelines to a fraction of your total followers. As a result, many of your followers on Facebook will never have the opportunity of catching all of your messages.

Emails will typically get read! Especially if the follower opted-in to read your emails. When someone reads your email, the content of it has center stage. You have their full attention, and the screen is usually not cluttered with tons of other distractions as they do. 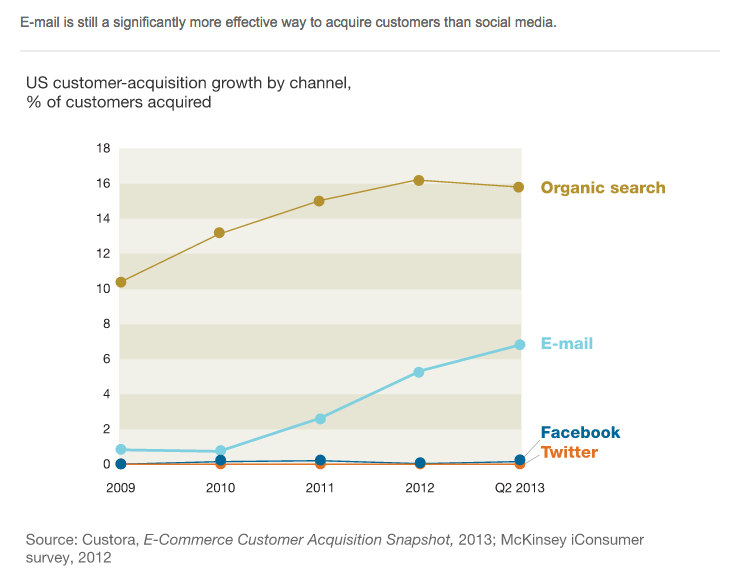 Here are some stats on email, compared to social accounts. There are 2.9 billion email accounts, which are three times more than both Facebook and Twitter combined. Furthermore, every single message sent on Facebook and Twitter each day only accounts for .2% of the number of emails sent every day (that’s two for every 1000 emails), and again — we’re not including email spam in this figure! Another interesting figure is that for every single search on every single search engine each day, that only accounts for 1/100th of all the emails that are sent each day!

Let those figures sink in, and you’ll come to the conclusion that building a targeted email list trumps all social media. Not everyone has Facebook, or Twitter — but nearly everyone has an email address. This allows you to connect with a significant number of people who do not use either social platform.

If you are serious about growing an email list, there are two services that are generally considered. One is Aweber, the other is MailChimp. Aweber is better. MailChimp is free to start. A quick breakdown of the differences would be that both are paid services, however MailChimp is free up to 2000 subscribers and 12,000 emails. Keep in mind that the free option doesn’t include an autoresponder.

However, keep in mind how many subscribers anticipate on getting. Aweber allows up to 5000 subscribers for $49, while MailChimp is $50 for the same amount. So then, if you’re planning on going big, and you have dreams of building a huge email list — in the end, Aweber is just as cheap, if not cheaper than MailChimp. This is important to consider, because there are benefits found in Aweber that aren’t found at MailChimp.

The first and most glaring benefit that Aweber has over MailChimp is that they don’t send out emails for people for free. This makes their delivery to inbox more reliable, because they are less vulnerable to spammers. The trick isn’t just to send emails. It’s to send emails that end up in your target’s inbox. Because Aweber is a paid service, and because they don’t allow just anyone to import a huge email list and begin spamming, they are a whitelisted email service. As such, their emails will end up in receiver’s inboxes, without ending up in the spam folder. Of course, MailChimp works as well, but there is no denying the vulnerability when you’re dealing with a free service.

The support is better from Aweber. Also, I noticed something that completely put me off of MailChimp. They banned a user whom they decided had a “get rick quick” scheme site. What??! The user said they weren’t a get rich scheme site, but back up a minute — why should an email service ban a niche like this willy-nilly? And if it needs to ban someone, why did they do it so poorly, taking days to respond to emails regarding it? 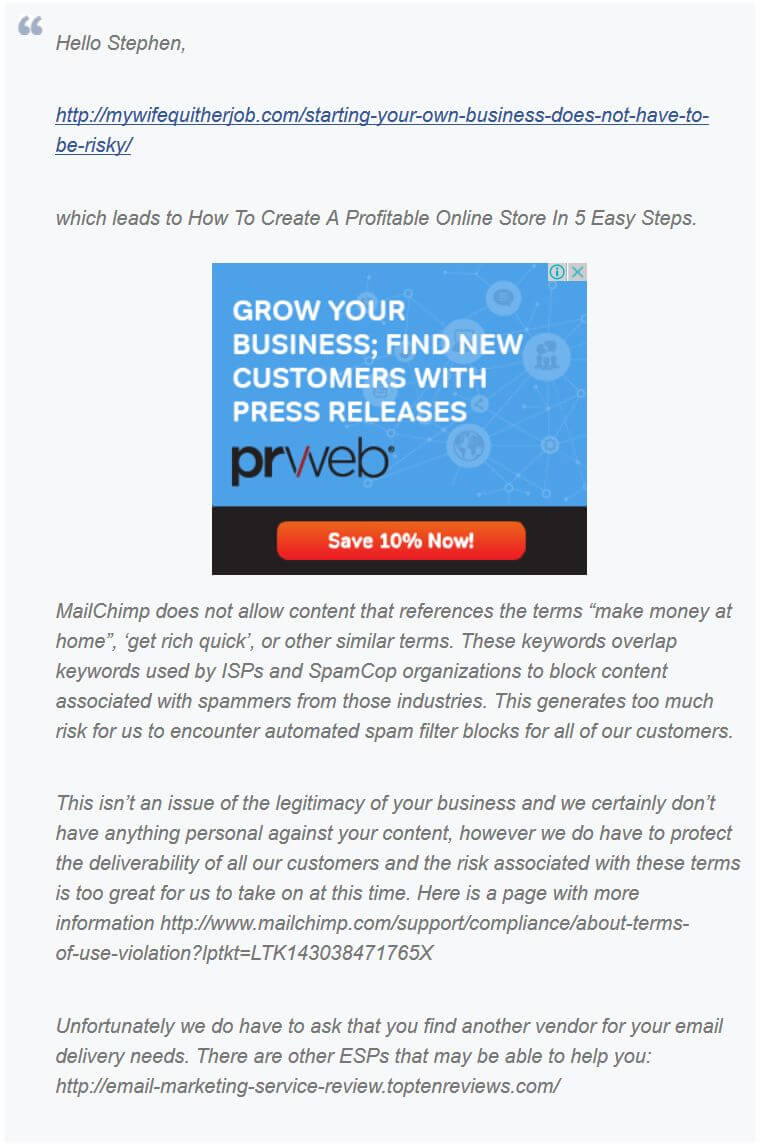 Let this open your eyes to how valuable excellent support is when it comes to your email provider. A proper email list can mean serious cash, if your list is targeted. Do you want to use an email service that just bans you and sends you off to another provider? The larger your email list is, the more of a pain it will be to transfer it to another service. It makes sense to do things right the first time. Major bloggers use Aweber, one I just read about was a review from was problogger. Nearly every review you see on the internet has Aweber winning. When considering all this, and the fact that once you start doing well, Aweber is actually cheaper, Aweber is clearly the best route to take.

While social media can drive traffic to your website, and is a worthwhile endeavor — email is clearly the best way to connect with your user base. Integrate email collection on your website, by offering a free e-book or exclusive content. Over time, your email list will grow. Marketing to your list will drive traffic to your blog, and put your offers in front of your followers. Developing a email list is one of the most profitable things you can do. If you eventually flip your website, it will sell for more if it comes with an opted-in email list.

How Linkedin Can Boost Your Site’s SEO 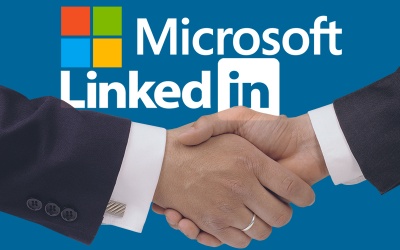 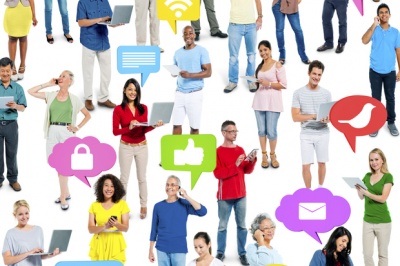 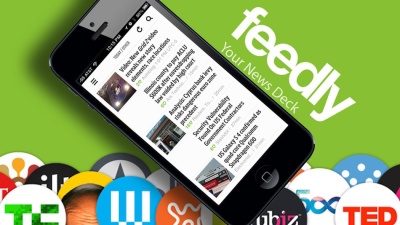 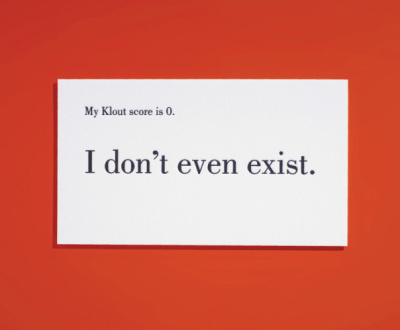